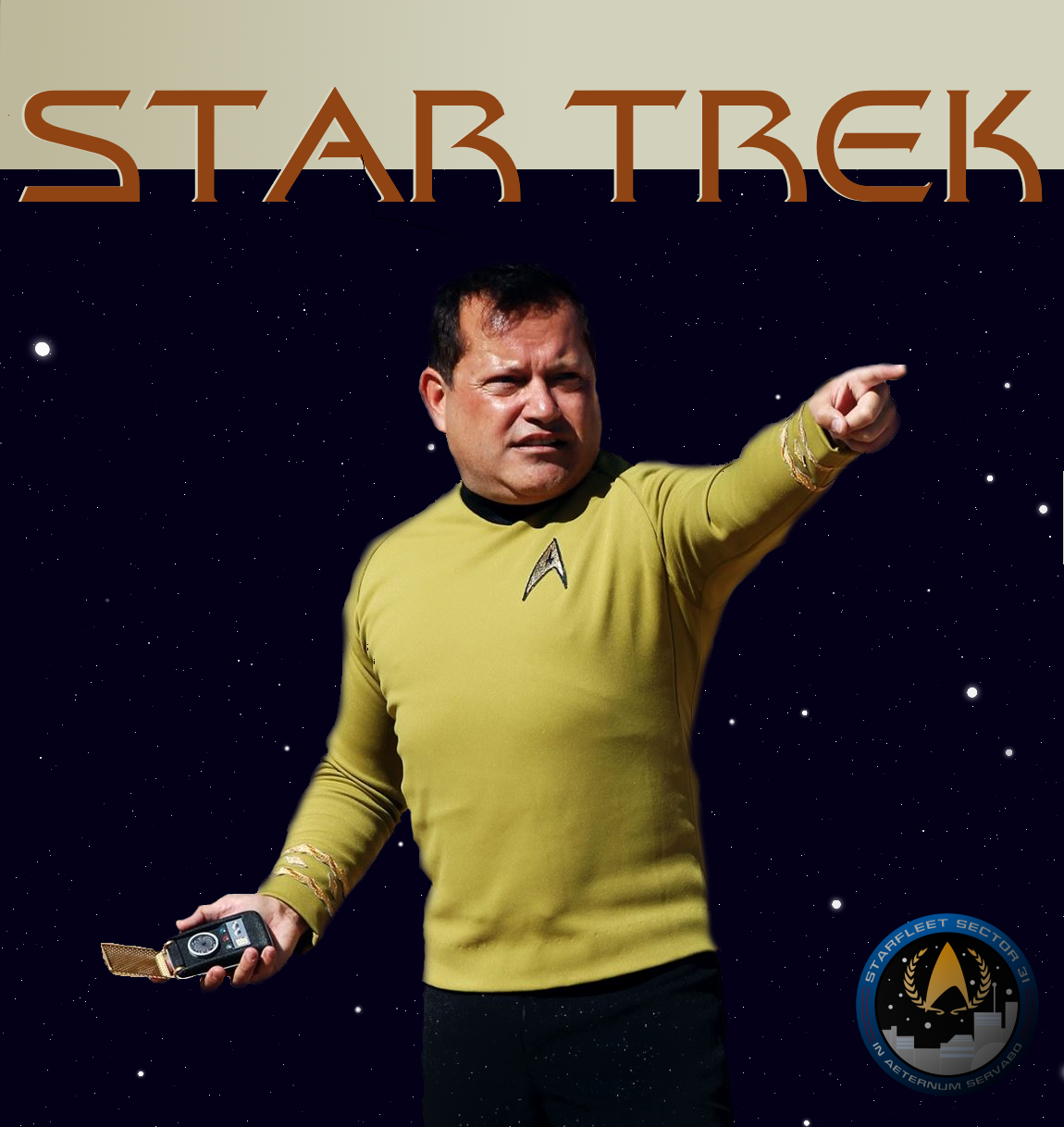 Who are you?
I’m Benny Hall. I live in Los Angeles, California. I’m half-German, half-Hawaiian. I work in the entertainment industry producing TV shows.

What kind of TV shows do you produce?
I have worked on scripted and unscripted TV shows. I did a 10 hour mini-series called Texas Rising for History Channel. It starred Bill Paxton, Brendan Fraser and Jeffrey Dean Morgan. On the reality show side, I worked on Wahlburgers with Mark Wahlberg, Pitbulls & Parolees, Million Dollar Matchmaker and Lockup among others.

Where have we seen you before?
You have seen me in “Let Old Wrinkles Come”. A Star Trek fan-film. This is actually my first fan film.

Why did you start making Fan-films?
When I was six, I started watching the original Star Trek in syndication. I used to play Captain Kirk on the playground or on the beach on the Oregon Coast. Star Trek got me interested in acting. My dream all my life was to one day act in a Star Trek TV show or play Kirk on screen. I finally decided it was time to make that dream come true and that’s how this fan film got started.

How many did you make?
This is my first fan film.

Do you work with other (fan)filmmakers?
My director and editor on Let Old Wrinkles Come, Thomas Durant, is a huge Star Trek fan. So I definitely wanted him on this film. Other people that worked on my film had previously worked on Star Trek Continues, like Vic Mignoga.

Which Star Trek series do you like most and why?
I like TOS since it was my first love. I grew up without a father. Captain Kirk was like a surrogate father to me. I learned so much from him, such as friendship, loyalty and bravery. I also love TNG very much. Those characters were more-developed and the writing was excellent, especially starting in Season 3.

In wich Star Trek era do your Fan-films take place?
My fan film takes place in Season 2 of TOS. In the timeline, it occurs right after the episode “A Private Little War.”

Is it a deliberate choice to have the fan-film take place just after “A Private Little War”?
Yes! I really wanted to film at Vasquez Rocks. It has the history of being used as an alien planet for several episodes of TOS as well as the other Star Trek shows including Picard. As a kid, I loved “A Private Little War” for the Mugato. Most people think of the Gorn when they think of Vasquez Rocks. The episode “Arena” is a fan-favorite. When my friends heard I was going to shoot at Vasquez, everyone asked if the Gorn would be in my film. I wanted to do something beyond people’s expectations. So I chose the Mugato instead. Once I decided on the Mugato, I started thinking about that episode and why the Enterprise would go back there. In my film, McCoy left his communicator behind on the planet. It makes sense to go back and get it before it falls into the wrong hands. Thus, my film starts off right after the TOS episode ends.

Are there any plans for another fan-film?
YES! We are in pre-production right now for my second Star Trek fan film. It is called “Tears of J’Kah”. We shoot in Oregon in May. It has Romulans in it!

Great to hear! When do you expect we can enjoy this new movie?
The new film won’t come out until December 2020. Besides the May shoot in Oregon, we will have another shoot on the Enterprise sets in Georgia in October. Also, this film will have many more VFX ship shots in space. We will be adding a shuttlecraft and a Romulan Bird of Prey to this film.

If you had one wish for mankind, what would that be?
One wish…spend more of our resources on space exploration instead of weapons. When I was a kid, I thought we as a society would have accomplished much more in space by 2020.