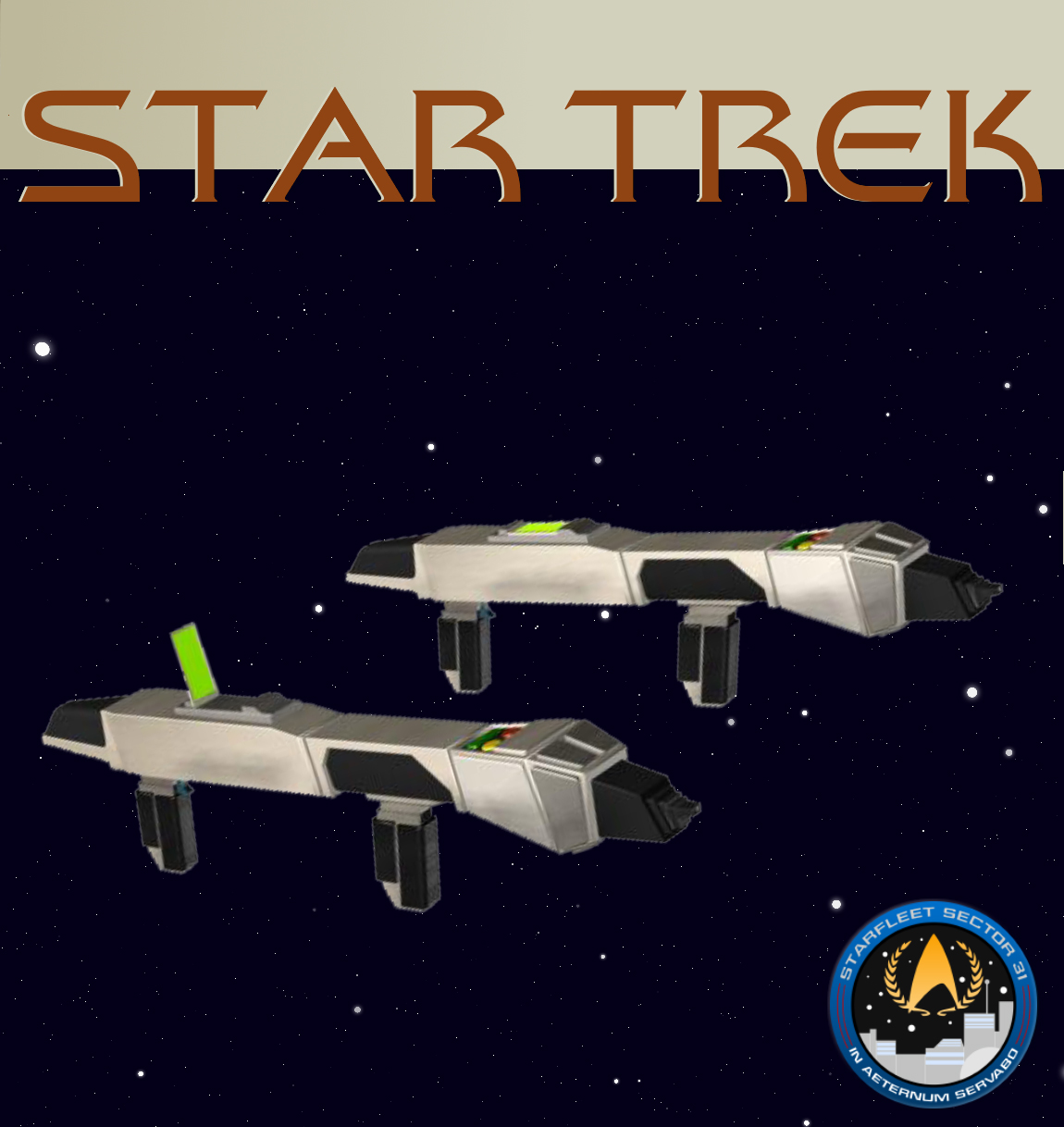 A type-3 phaser (often simply referred to as a phaser rifle) was the Federation classification for the more powerful rifle variant of the standard Starfleet handheld phaser.

Phaser rifles were not standard equipment aboard Starfleet vessels. Spock had to make a special request for one to be brought down to Delta Vega. (TOS: “Where No Man Has Gone Before”) Typically, rifles were requested when firepower heavier than that of the type 2 phaser was required. 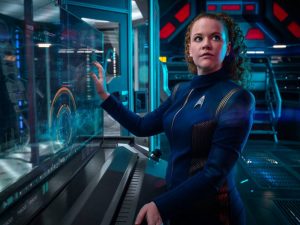 “I’m holding a type-three phaser rifle. It is more powerful and generally larger than the type-one or type-two. Which I guess is why they call it a 3.” 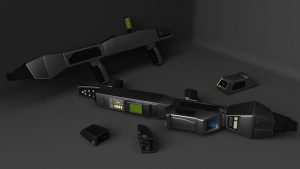 Many variants exist throughout the different shows and movies. The one we’re showing here was introduced in The Next Generation series. It was still in use by the end of Deep Space Nine. Although it had undergone a few upgrades by then.

It used interchangeable energypacks so it could be used for a longer period of time. It is a reliable and accurate weapon, if maintained properly.

The prop we see here is made out of resin and was made by Masterpiece Models and was made from the actual moulds of the studio. 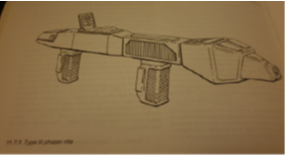 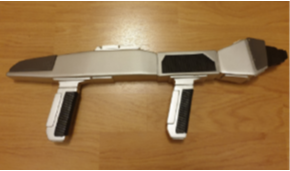 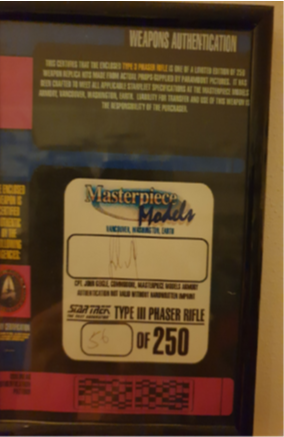 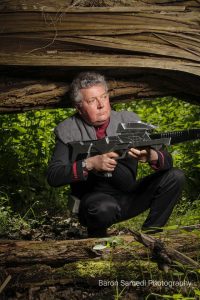 Nowadays 3D versions are available. Though not as accurate as this one, but definitely the better choice to bring to a convention