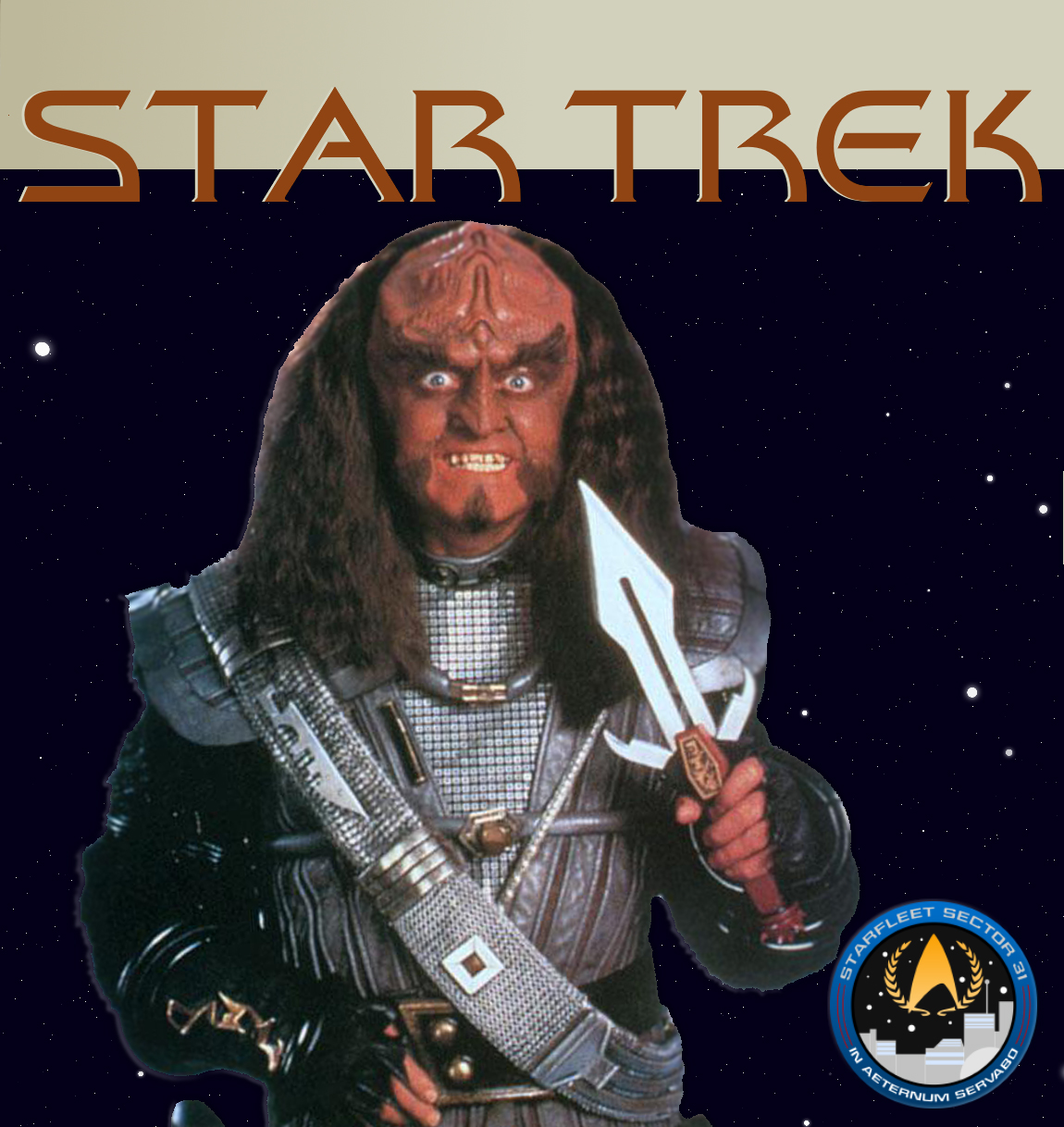 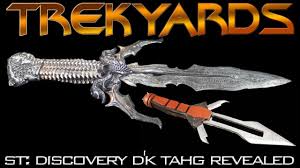 Daqtagh) is a traditional Klingon warrior’s knife. Commonly used in hand-to-hand combat.  A d’k tagh is also used to settle arguments. It has great ceremonial value in Klingon culture. It consists of a single, straight-edged primary blade and two curved secondary blades, which can be fixed or hinged. The handle features a rounded, spiked pommel and bares an emblem representing the members of its owner’s house near the hilt of the blade.  The design of the d’k tahg, has changed little between its first appearance and the 23rd century.

It was part of a Klingon ritual that Worf performed after Marla Aster’s death. The ritual included extinguishing a candle with the knife  (TNG: “The Bonding”) 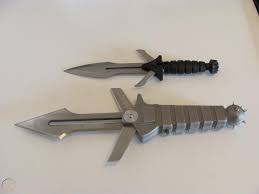 Jean-Luc Picardkept a sheathed d’k tahg in his quarters aboard the USS Enterprise-D. Jono used this dagger to wound the captain. (TNG: “Suddenly Human”) 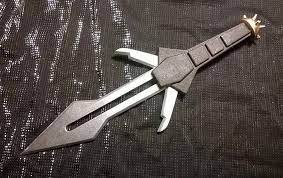 A d’k tahg was one of many objects that Berlinghoff Rasmussen tried to steal from the crew of the Enterprise-D when he was visiting the ship . (TNG: “A Matter of Time”)

The first d’k tahg was designed by Phil Norwood. Two versions of the knife prop were manufactured; one had an aluminum blade and was polished and sharpened like a real knife, whereas the other, used for filming the murder of David Marcus, (Kirk’s son) was a rubber dummy to avoid risking injury to the actors.   All of these props were manufactured by Industrial Light & Magic.

When it was used for the The Next Generation, the original prop was not available, so Rick Sternbach duplicated the design for the show’s prop makers, using a Star Trek trading card for reference.

Replicas are found all over the internet, varying from plastic and wood models to steel handcrafted ones by official blacksmiths. https://youtu.be/24Rn2OS0rqk

Prices can range from a few Euros up to hundreds, depending on the design and model.

With a bit of luck we may get to see one during the upcoming sector31 meet in September.