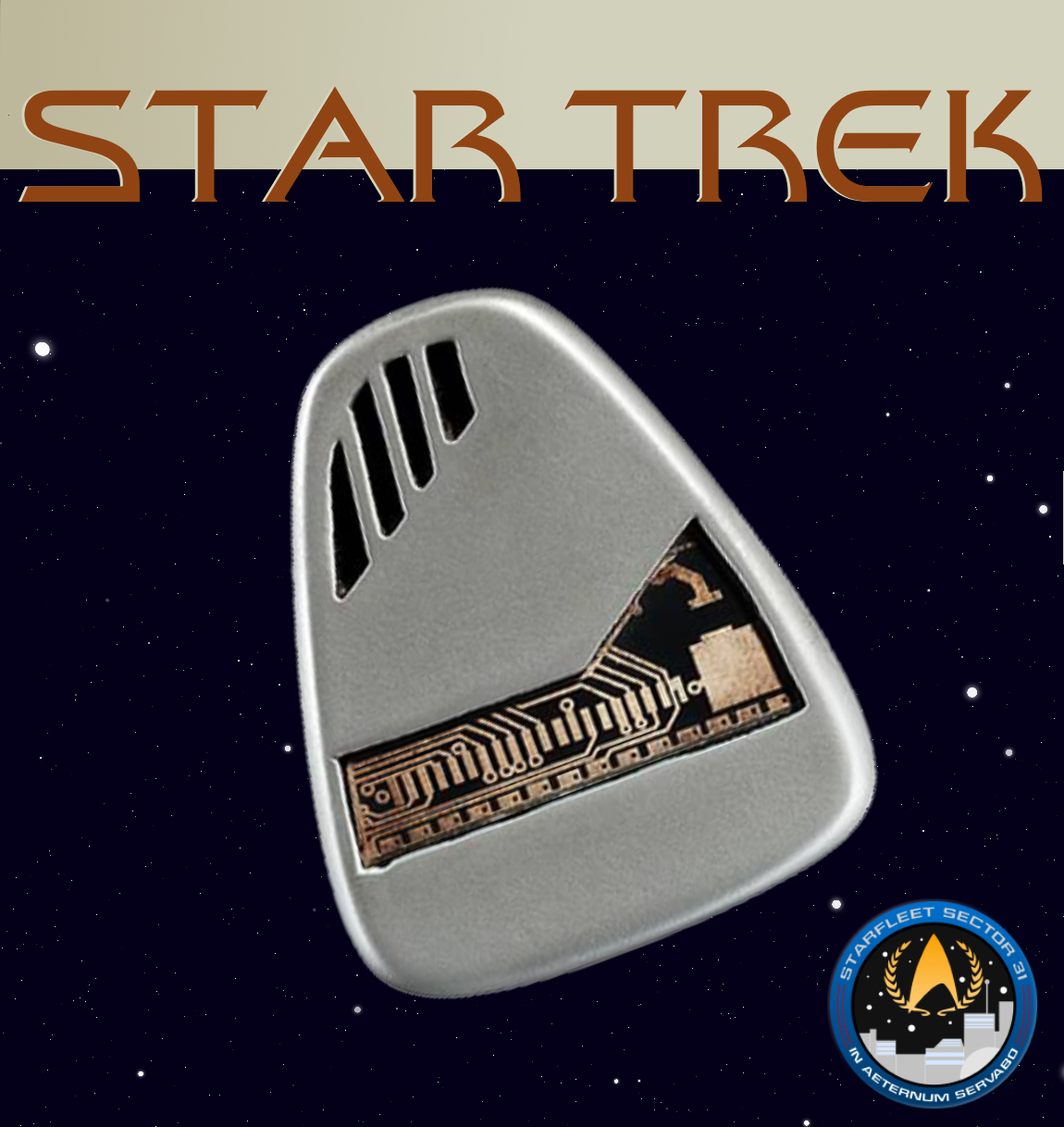 Please state the nature of this prop.

One of the favorite characters from “Star Trek: Voyager” is the EMH (Emergency Medical Hologram). Alike as Spock, Data and Odo before him, the EMH represents the outsider among humans. All he looks for is to be treated with respect and as an equal being. He strives to become more than his original programming and tries to become as human as possible. In the episode “future’s end “, the Doctor was able to get a piece of 29th century technology,  the mobile emitter, which enabled him to do a big step in his development: He now was able to not only exist in sickbay or the holodeck but any other room without holographic projectors and to move freely on the ship, go on away missions, etc. In essence, he gained the same freedom any other (human) crew member took for granted.

A self-contained holographic projector, generating photons and force fields necessary to allow a hologram to physically interact with its environment. The device can be visibly affixed to the exterior of the active program, or it could enveloped by the program, effectively hiding it from view.

In an alternate timeline, Henry Starling captured a damaged 29th-century time-ship in 1967 and used its contents to assist in the development of Earth’s computer revolution. To that end he founded Chronowerx Corporation, based in Los Angeles, and became a powerful billionaire technology mogul. In 1996 Starling attempted to take the time-ship back into the future, but died when the ship was destroyed by the U.S.S. Voyager.

Owned by Henry Starling in 1996, the emitter was either aboard the appropriated Aeon time-ship, or derived from the 29th-century technology therein. He used the emitter to grant mobility to his captive, The Doctor, who then was displaced in time after he hacked into Voyager’s computers and stole the hologram. Equipping The Doctor with the emitter gave Starling the ability to use him as a hostage by threatening to destroy the device as it held The Doctor’s program.

Used materials:
The body is made out of resin  and a small piece of circuit bord is added to simulate the electronic circuits.

Availability:
This prop is probably one of the most replicated props available. You can find the all over the net . E-Bay , Amazon, Marktplaats, Etsy.. Prices range from a few Euro’s to a hundred, depending on quality and material . Some models are just a patch and others have working lights and even chirping sounds.

Some prop builders like to create it from scratch, but you can find 3D printable Models on sites such as Yeggi.

Come to our next Sector 31 meeting. And take a closer look at the Mobile Holo Emitter and some of our other props .