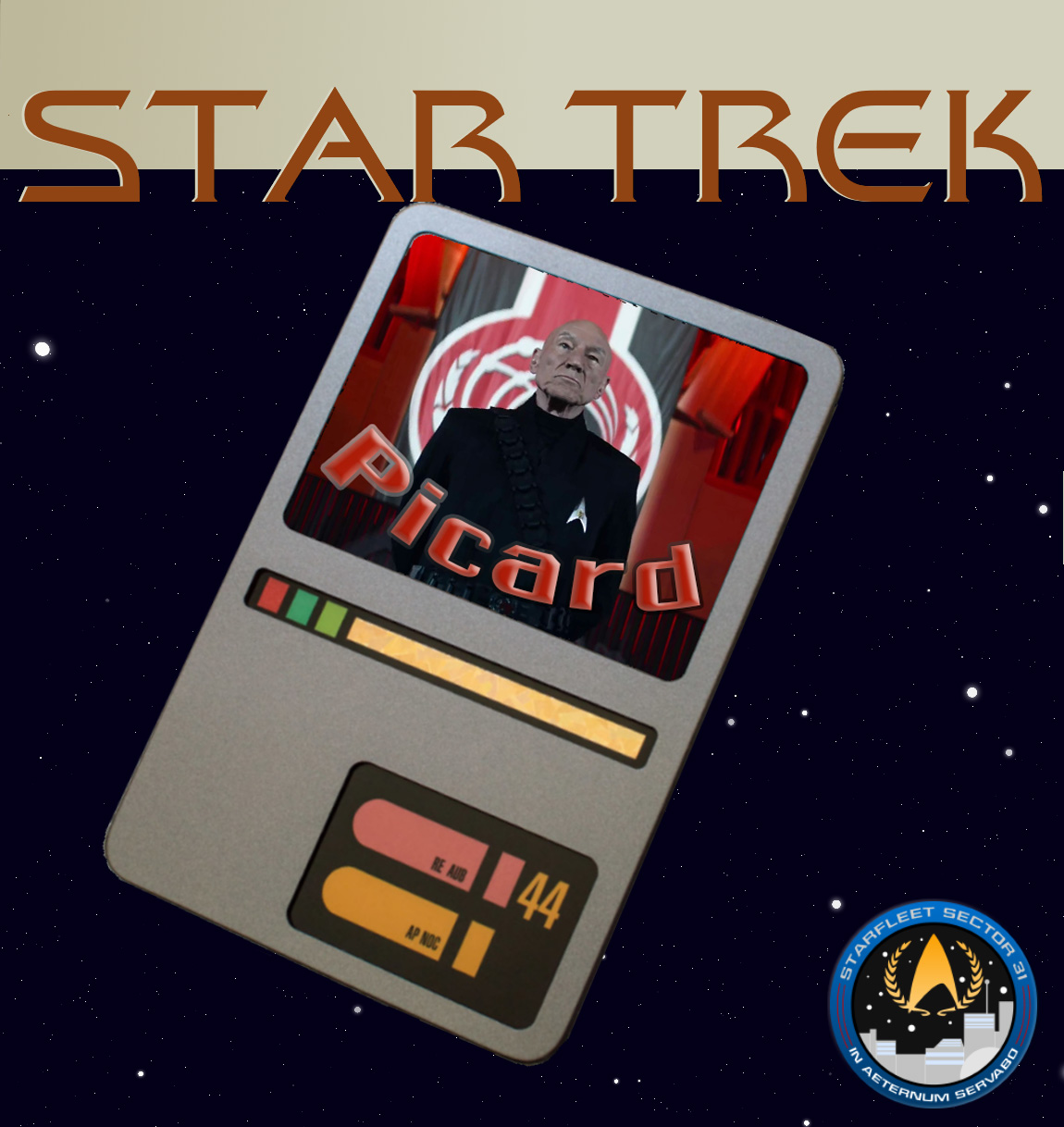 What is this?  A sequel?

Of course! And why not .

Star Trek Picard season 2 is to good to pass up the opportunity to take another look at some marvellous props.  First of all let’s focus on the commbadges and brooches which are brilliant. 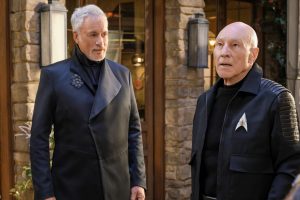 When Q appears Picard and his motley crew are thrown into a new and exciting adventure through time .

Right at the bat we can see some new commbadges and brooches we have not seen before, or have we? 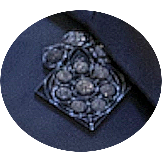 Q ‘s brooche is  more  ornamental and  elegant than most. One would say tipical Q like, which can not be said about Q himself.

Reminds me of something we have seen in Star Trek TNG .  Contary to   Picards combadge which looks bigger an bulkier.  It also seems bigger . Bigger than the combadges in the first series. But  it does fit the setting of this alternate reality, which is darker and menacing.

The metal look is harsh, with sharp edges  allthough these badges still have the familiar shape  we are used to from  previous star trek series. 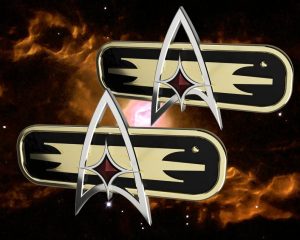 General Picard  wears several  commbadges varied in seize and looks.  On his paintings he sports badges which , to me. look like a combiation  of  those we have seen in the first series and those worn by high ranking officers in the era of Kirk and Spock. The dark red jewel in the middle however seems to originate from the mirror universe in TOS and DS9. 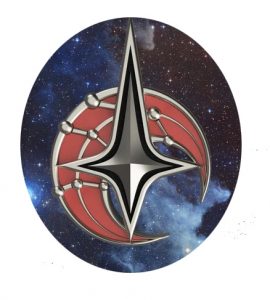 And then there is madame president Annika Hansen (7 of 9)  wears a very diffrent combadge.

It looks very …. Borg, for lack of a better word. The gold and red fits the setting perfectly. The propmasters for Picard really went all out on the combadges and brooches and in combination of the dark uniforms look absolutely wonderfull. 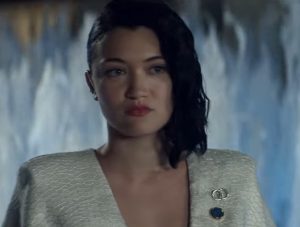