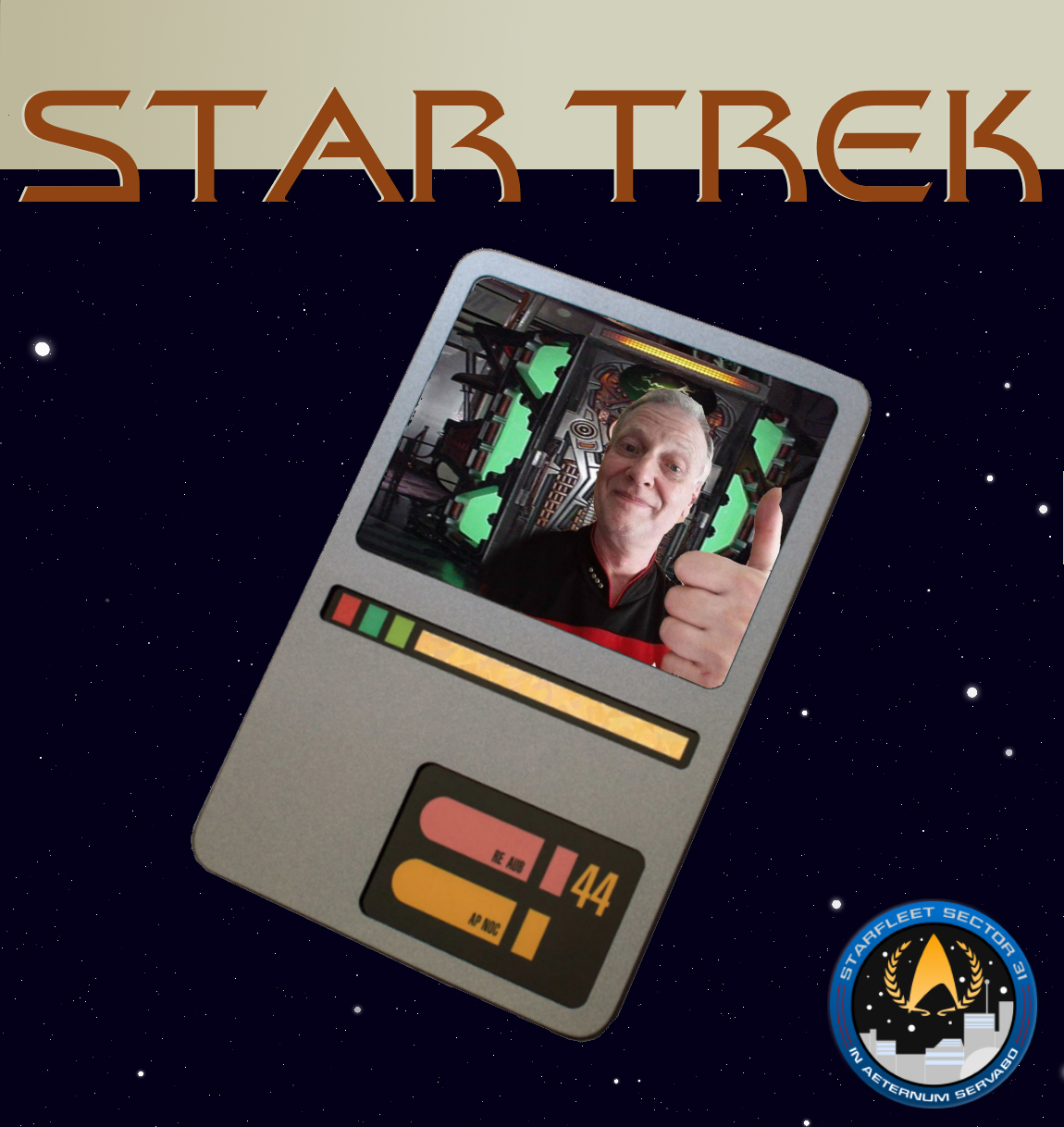 Who are you?
My name Is Peter de Haas. I am 62 years old and I’ve been a science fiction fan all my life.

Why do you consider yourself a Star Trek fan?
If I’m being honest Star Trek wasn’t my greatest love In sciencefiction at all, that being the novels of Jack Vance. Since TOS aired in the beginning of the seventies, I can’t even remember seeing a single episode then. My mother must have had a black&white television in those days. Later I became aware of the significance Star Trek Tos had for American Society, but I still never cared for the episodes very much. It all looked too silly and cardboard like. Outdated so to say. Trek only started to interest me with the introduction of TNG, which I could now see in color. Of course it helped that there were some pretty ladies aboard the Enterprise.

Have you ever met one of those pretty ladies in real life?
Unfortunately I’ve never met any of those ladies in the flesh. Maybe that’s for the best, because I wouldn’t know what to say to them anyway, I’d just be standing there and staring at at them with silly grin. Especially, if it was a certain redhead doctor I’ve always had a crush on (pun intended.)

Which Star Trek series do you like most and why?
I’d have to choose between Star Trek Deep Space Nine and Star Trek Enterprise. I like both series because of the action in it. I just love the plots with the Borg and the Dominion, although I know this wasn’t what Gene Roddenberry had in mind.

Then you must love the Borg being back in the new Picard series?
Yes, I have high expectations for the upcoming Picard series and I’m really looking forward seeing my old friends again. It’s been far too long now. Maybe the Borg have evolved as a ‘species’ or perhaps developed individuality, who knows. Actually I have never really seen the Borg as bad guys, from a cosmic perspective. I’d rather sit in a room with a drone than with a Cardassian security agent.

If you could live in the Star Trek universe what would you be/do? I’d love to work as a technician in the same lab as Lt. Barclay.

As a technician, where would you like to be stationed?
In this make-believe universe, I can see myself as an exobiologist. Or is it xenobiologist? I always get them mixed up. Anyway, being stationed on Jupiter Station, I’d rather be a scientist than a janitor.

If you had one wish for mankind, what would that be?
I’d wish mankind would come to its senses and join hands in saving this planet before looking to the stars.