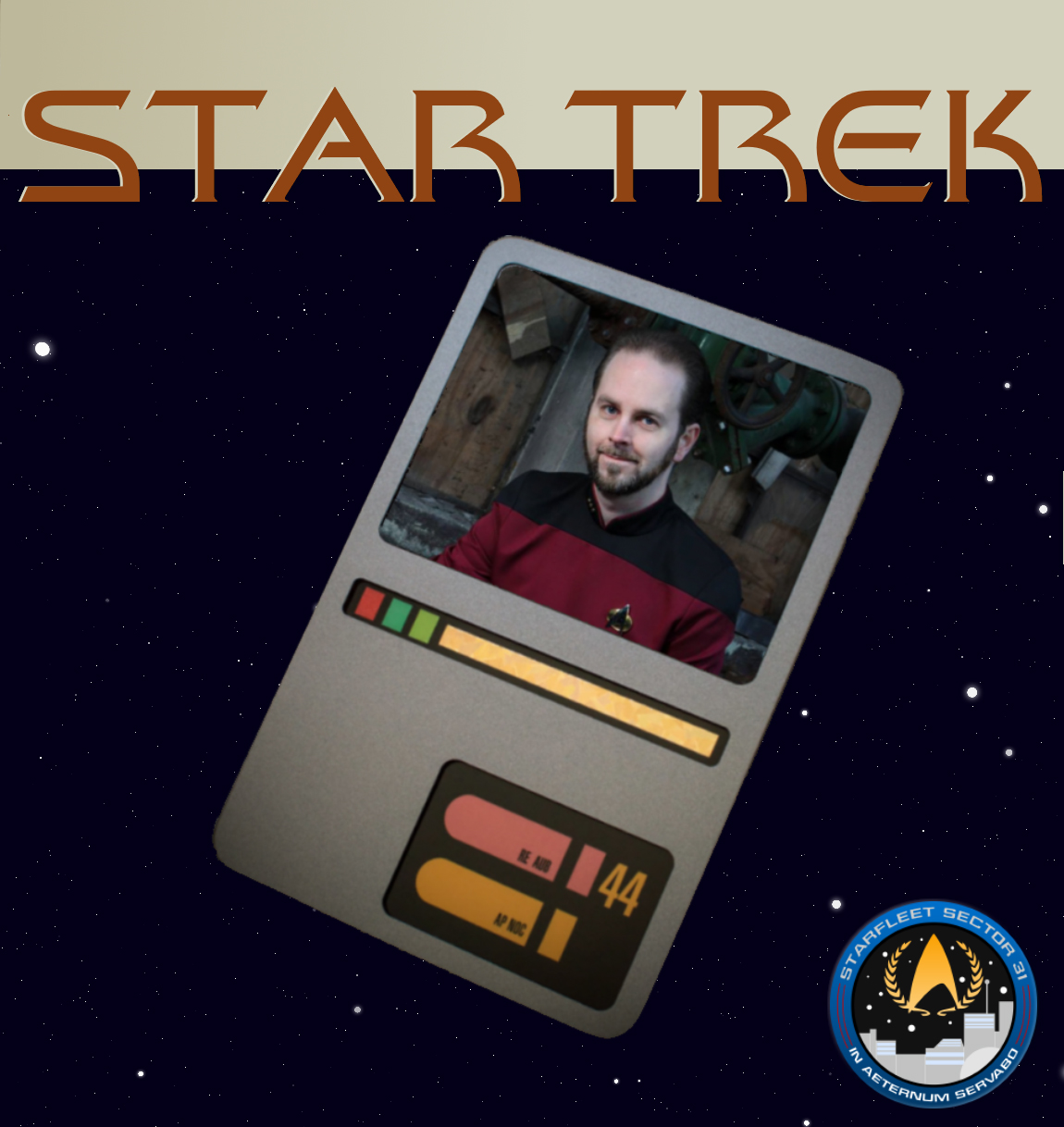 Who are you?
My name is Jeroen Haverkamp a.k.a Captain-Jay87 as gamer and Cosplayer. I’m 32 years old and live in Amersfoort with my wife Maaike and our two cats.

Why do you consider yourself a Star Trek fan?
I think I’m a ‘Trekkie’ because of the love I have for everything Star Trek related. I’ve seen all the series and movies (multiple times), Play Star Trek games, Cosplay Star Trek characters and even have a Star Trek themed room in our house.

Which Star Trek series do you like most and why?
That would be Star Trek the Next Generation. I grew up with the series and use to watch it with my grandfather every Saturday when I was a young boy. He introduced me to Star Trek at a very young age through TNG.

Is your grandfather still with us and also considered a trekkie?
No he passed away about 18 years ago. And he liked the show, but I don’t really think he was a ‘Trekkie’.

What was the last Star Trek related gift you gave someone and why?
It was a Spock hand LLAP pin to wear. Well actually there were about 40 pins that I gave away. We used them for our ceremonial guests at our wedding to wear instead of a corsage.

That’s a Nice detail. Was it a Trek themed wedding?
No it was a traditional wedding, but with some nerdy touches here and there that were just fitting to us. Deadpool wedding cake, star trek pins and the bride had a cape.

If you could live in the Star Trek universe what would you be/do?
CAPTAIN-Jay87…. Need I say more? I would just love to command my own starship and explore those strange new worlds with my family (crew).

What kind of starship would that be?
Because my love for TNG, my favorite ship is the Enterprise-D. So a Galaxy class starship would be the ship I would love to serve on.

If you had one whish for mankind, what would that be?
For us to eliminate all deadly diseases in the world. But more Trek related for us to evolve mankind into the vision that Star Trek gave us. A better mankind and in the series most of the deadly diseases are gone as well, so two birds with one stone I guess.