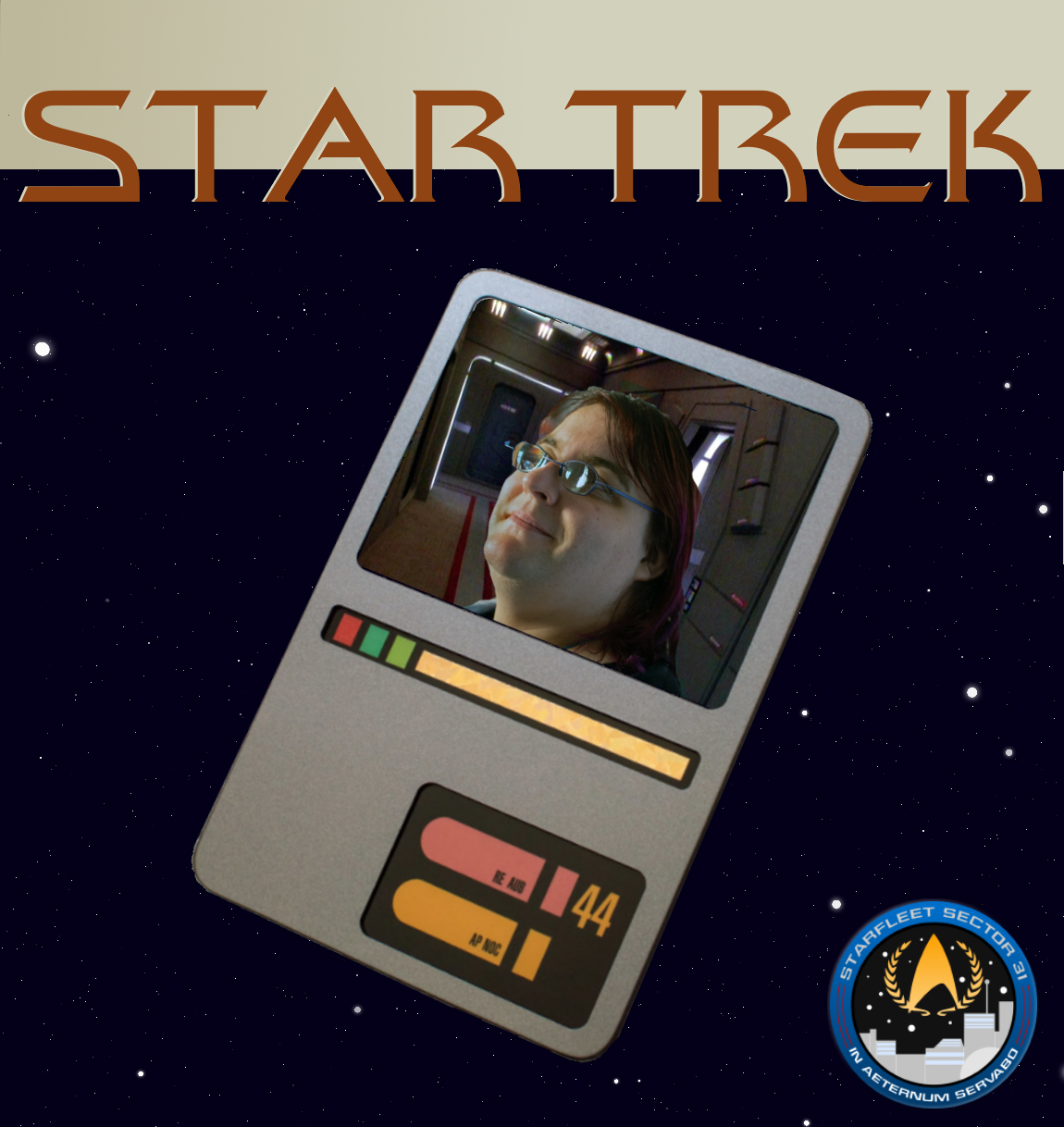 Who are you?
My name is Marlies Scholte Hoeksema, I live in Leeuwarden with my husband, our cat Donna, part-time cat Zelda, and part-time housemate Alice. I studied History at Utrecht University. I currently work in health insurance and preside over the Dutch science fiction society (NCSF.nl). I read a lot, write a bit, enjoy good food and playing (board)games.

What is the NCSF?
The NCSF (Nederlands Contactcentrum voor Science Fiction) is a Dutch association founded in 1965 with the goal of promoting Science Fiction and connecting fans of SF in the Netherlands.
The NCSF book club is just as old as the NCSF itself and has been selling Science Fiction and Fantasy books ever since. We have everything from Golden Age SF to modern dystopia YA, both in English and Dutch. The book club represents the NCSF at various events and conventions in the Netherlands and throughout Europe.

The association’s general assembly occurs twice a year and allows members to come together to discuss the NCSF and vote on policies. Some of the members always linger and grab a bite together after the meetings.
Our members meet up regularly in several cities of the Netherlands for SF-Cafés and board game days. We encourage all fan initiatives and offer any support they need.

Our magazine HSF is a more modern and inclusive reboot of HollandSF, a magazine the NCSF published for decades before lack of volunteers forced it to stop publication in 2015. HSF has been approved as of the April 2018 assembly and was relaunched in January 2019. Most of the content is made available online a short while after publication.
NCSF membership costs € 30 per calendar year. Members benefit from a 30% discount on book club purchases and receive 4 magazine issues a year. International members are welcome although the magazines are, of course, in Dutch.

Why do you consider yourself a Star Trek fan?
That’s a tricky question. The two rows of good Star Trek books in our living room or the many piles of pocketbooks, comics and science Star Trek books upstairs? My four versions of the Star Trek Encyclopedia? The two Enterprise D art prints on the walls? The many showcased Franklin Mint Star Trek Miniature Sculpture Glass Domes?

No, I don’t think any of those things make me a fan. Those are expressions of fandom. But why am I a Trekkie? Star Trek simply came into my life at the right time to teach me that all people belong in the present and the future. When I first recognized myself on TV in Geordi LaForge I was 13 years old. I strongly relate to the Infinite Diversity in Infinite Combinations philosophy of Star Trek and strive to live up to it in my own life.

I believe that makes me a truer fan than any of the many trinkets I own. It’ s what keeps me coming back to a world that as yet to be equaled by any other fandom, no matter how much I enjoy Doctor Who, West Wing, Battlestar Galactica, Babylon 5, and many more, it’s just not the same.

Do you go to events and have you met any actors?
Tim Russ was the first Star Trek actor I saw live at a TFD event in Nieuwegein. At just 17 years old, it was the first Star Trek event I went to. As it later turned out, my future husband was also there but we didn’t meet then but at another Star Trek event where I saw my second ever Star Trek actor live, Patrick Stewart. That was for the TNG DVD promotion event at the Space Expo in Noordwijk in 2002.

We became a couple during Utopia IV in 2003 in Scheveningen. As a result, I can’t say I remember much of it, but I’m told Garret Wang and J.G. Hertzler were there and we went to all the subsequent editions of Utopia. My first Fedcon was in 2005 where I had the privilege of meeting Leonard Nimoy. Jan and I got married in 2006 and now go to the Fedcon every year. I hope to go to Star Trek Las Vegas for the first time in 2021. Long story short, I have Star Trek to thank for my husband among many other things.

Which Star Trek series do you like most and why?
Some months ago, the answer would have definitely been Star Trek The Next Generation. Simply because it was my first. Cause and Effect (TNG S05E218) was the very first Star Trek episode I ever saw.

Why isn’t that my answer anymore? Because against all expectations we have been gifted with more captain Picard in Star Trek Picard. And for me this was again the right Star Trek at the right time in my life. The characters are imperfectly broken people looking to find a place back in the universe that broke them. Each of them is looking for a different puzzle piece not to put themselves back together but to build a better version of themselves. I did not expect a new female character I could relate to as no Star Trek series had done so since Jadzia Dax in DS9, however much I enjoyed Discovery, but Raffi is just wonderful. So yes, Star Trek Picard is definitely my favorite Star Trek series. Until further notice.

What was the last Star Trek related gift you gave someone and why?
I can’t tell you because the person it’s for hasn’t opened it yet! I can tell you about the last Star Trek gifts I got though because my birthday was last month: A Star Trek Picard mug, the blue ray of the DS9 documentary ‘’What we left behind’’, and last but not least a custom made Number One from Alice, see picture.

If you could live in the Star Trek universe what would you be/do?
I often joke that I would absolutely not be in Starfleet or work on a spaceship at all because I could not keep my hands of all the buttons and lights and rarely listen to orders. I would probably live on a nice planet with permanent good weather and write lots of books. Holo novels actually. And no, definitely not Risa, I’d be way too distracted to get any writing done. Kinda like now.

If you had one wish for mankind, what would that be?
For everyone to embody the Infinite Diversity in Infinite Combinations philosophy. That would make everything so much easier.