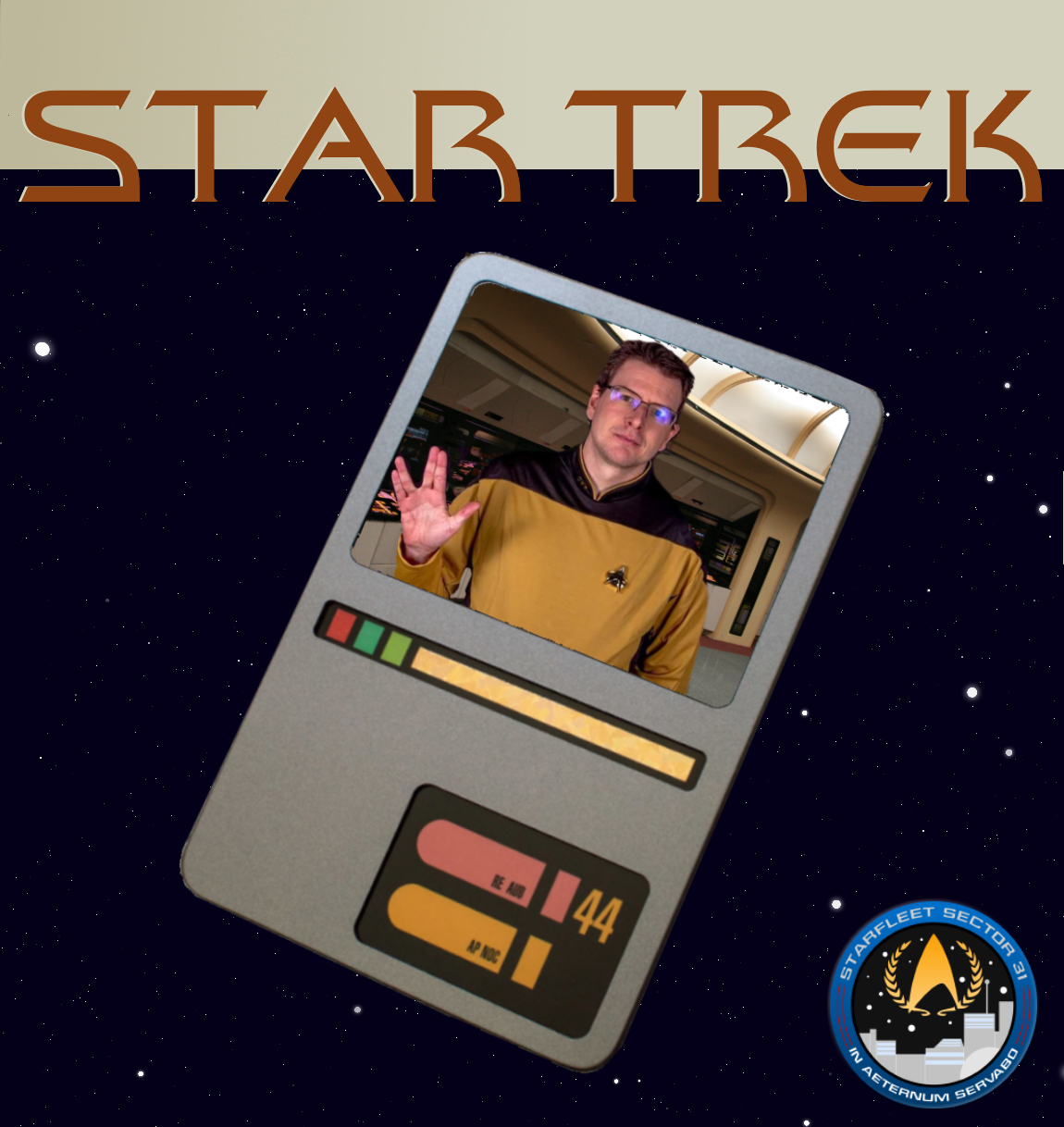 A 36 year old IT guy who became an admin of the Belgian Star Trek fanclub in 2016 during his very 1st ever Comic Con. 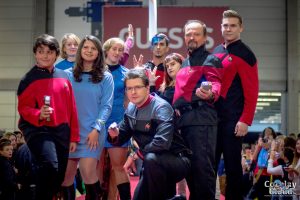 Do you consider yourself a Star Trek fan?

Absolutely! Through my parents I grew up watching the golden era trilogy of TNG, DS9 and VOY. While I do have a few memories of TOS, well more like nightmares (e.g. the salt monster), it never resonated with me in the same way. As a general sci-fan, I also did enjoy Babylon 5, Star Gate, Space Above Beyond, Wing Commander, and other classics in my youth.

Deep Space Nine and the movie First Contact are my favorites without a doubt.  Especially DS9, which brought such a huge expansion to the universe TNG build up. We got a dozen new races, and detailed glimpses of the Klingons, Bajorans, Cardassians, Ferengi, and so on. The excitement of daily life on a space-station, rather than the exploration and science of TNG left its mark. Sisko is my favorite Captain, with Picard a close second. As a leader, Sisko is more balanced, practical, and “down to earth”, though Picard’s ethics are a core part of my current belief system.

Do you also watch the new series: Discovery, Picard and lower decks?

Of course! As a staff member of the Belgian fanclub but also as a serious trekkie, it is a must. Even if I don’t necessarily like all of the new material, I need to be aware of what’s happening within our fandom to play into recent trends. In 5 or 10 years, someone else might be doing my job, and a majority of our members may have originated from these new modern interpretations. We cannot ignore them, they are the future of our fandom. Just like the TOS generation who came before me, that was shocked and abhorred by the trilogy of TNG/DS9/VOY, and then after the Kelvin movie reboot, I believe it is part of the natural life cycle of the Star Trek universe. Rather than complaining that things are not the way we are used to them, we should rejoice and celebrate we got new material, share it with newer generations who did not grow up with older series like us.

Two friends of mine are identical twins. Great guys, whom I love and admire. I gave them the Spock/Kirk friendship necklace that consists of 2 parts. Maybe a little corny and unusual among men. But it felt fitting.

Did someone also give you a Star Trek related gift?

It has happened, on one occasion I received a Star Trek calendar with pictures of the TOS crew. The twins I mentioned earlier  got me one of the miniatures each year for my birthday (aka a tricorder or TOS communicator). It has become a fun habit.

As mentioned above, I like the idea of working/living on a space station more than being on a 5 year mission in deep space out of the unknown frontier. Similar to my chosen career, I like working in the background supporting and assisting people, rather than drawing unnecessary attention to myself.  So a major Operations guy with some minor Security and Command. I wouldn’t mind being assigned to Starfleet HQ.

You say a major Operations guy, would you have a specialty and what would that be?

I’d like to think I would have started as a Lower Decks engineer, working on LCARS terminals and replicators maintenance. Then move toward some sort of procedural compliance or quality control. Working on sensors and scanners also sounds interesting, or subspace communications.

Each step in realizing Roddenberry’s Utopian vision is progress. These days this hits home even harder with recent events such as Trump, the Black Lives Matter protests, Belgium’s colonial past, or the growing political and religious tensions, to name a few.

Humanity has a long way to go. Until we are ready to accept and take joy in our planet’s diversity, we have no business being in space destroying even more for our capitalistic self gain.