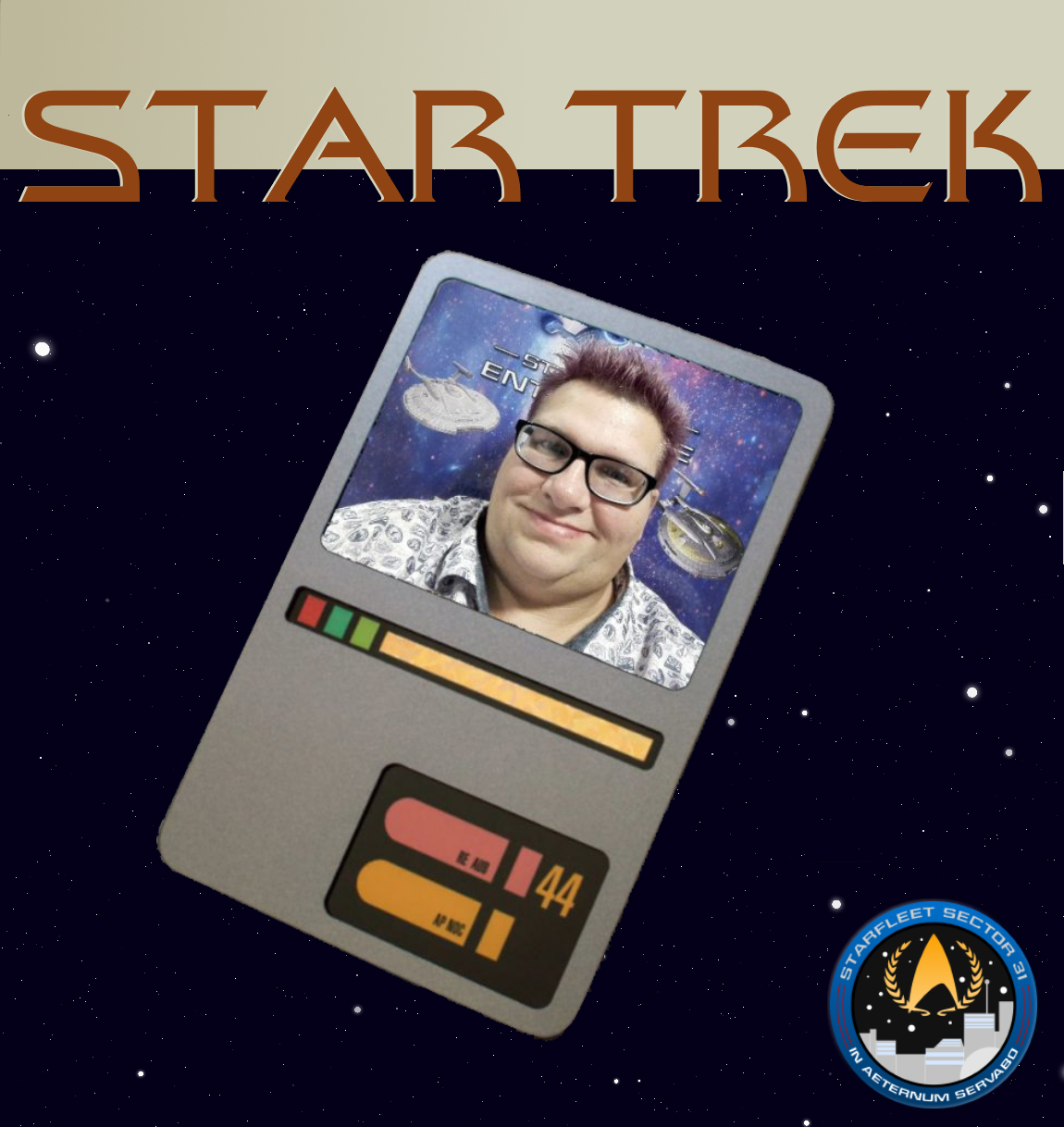 Who are you?
My name is Henk Brouwer, I’m 48 years old and I live in Nijmegen (Netherlands).

Why do you consider yourself a Star Trek fan?
I grew up with science fiction from an early age (Battlestar Galactica, Buck Rogers, Battle of the planets). My first Star Trek movie I saw in the cinema was Star Trek IV: The Voyage Home and I were actually sold right away. After that, I saw every movie in the cinema. Later I watched the series. When Voyager came out I really become a Trekkie! I bought the videotapes, bought some posters and even collected some other items. Since 2004 I really started collecting and also bought the Star Trek books, models, series and much more. Nowadays I have a nice collection.

Which Star Trek series do you like best and why?
Star Trek Voyager is my big favourite, I fell in love with its ship (which I also have as a model in my room) and I liked Tom Paris (he was the end). The storyline of that series really appealed to me. A sentence that I attach great importance to is “It’s not about the destination, it’s about the journey you make”. That’s how I stand in life.

What was the last Star Trek-related gift you gave someone and why?
For a very good friend of mine, I made my own design Star Trek flag. It’s huge (90cm x 220cm) and has the most important starships on it.

Where did you gain this knowledge about working with images?
I like to edit photos. At a certain point, I started to use windows Paint and later switched to Photoshop. After a while I started working for a printing company, here I also did a lot with Indesign. Now I do it mainly as a hobby, but I still enjoy doing it.

If you could live in the Star Trek universe, what would you be / do?
I would test new (Star) ships, what the possibilities are of those ships and design these ships myself.

If you could have designed a ship for yourself, what would it look like? Gosh, nice question. I think a small reconnaissance ship, smaller than for example the USS Voyager (less staff and super fast). I would make a few things like the bridge and things like that. I’ve made a concept drawing once, looked a bit like the Phoenix from the Battle of the Planets series. Maybe I’ll show it to you guys later.

If you had a wish for humanity, what would it be?
That we no longer look at each other with envy and jealousy, but learn from each other and try to get a better world. That not everything revolves around the individual.