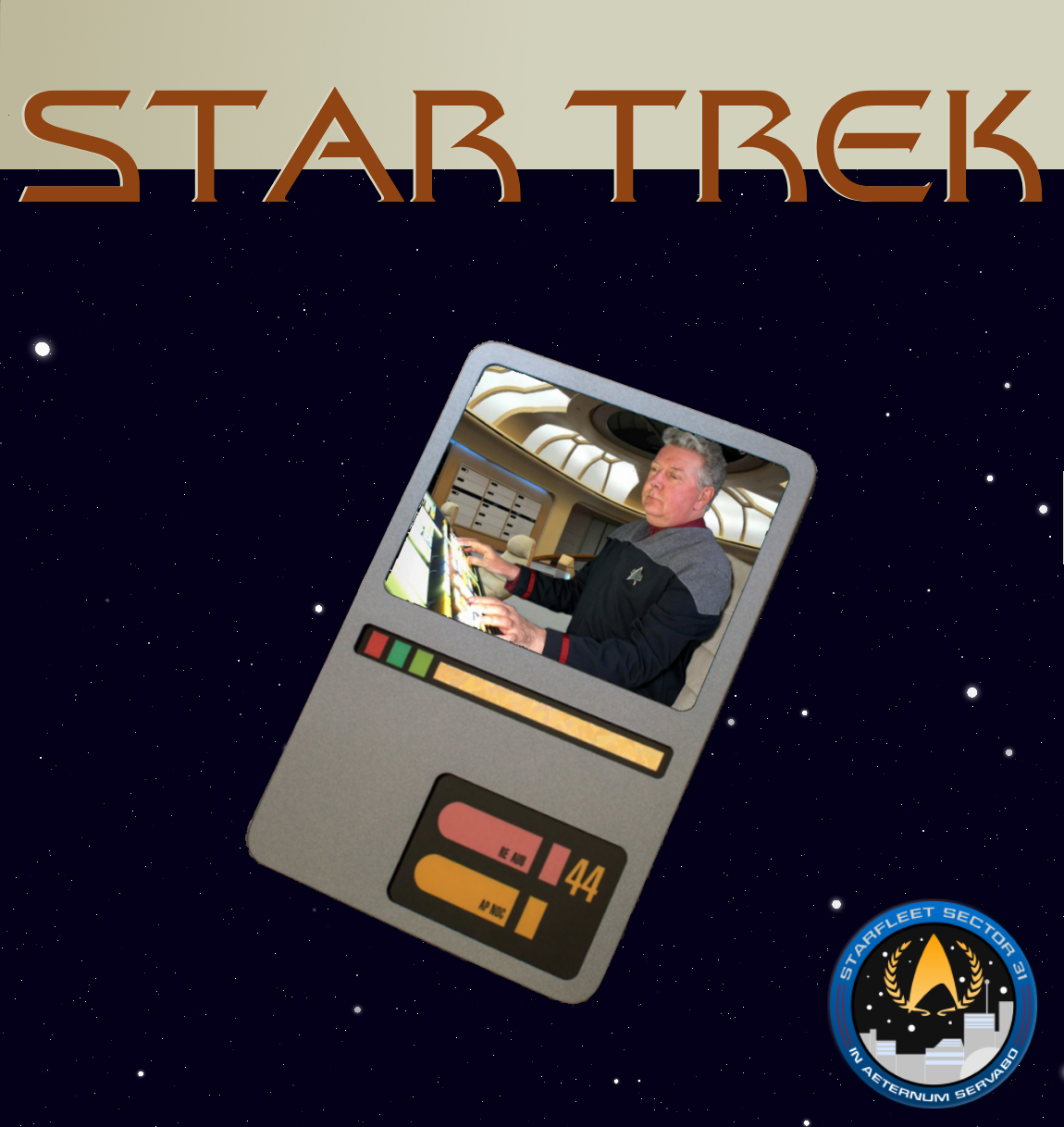 Who are you?
My name is Hendrik Jan Brakels. As a Trekkie cosplayer, I don’t try to be a particular character from the Star Trek series, but I use the name Lt. Cmdr. Brooks sometimes (Brooks is an English translation of my Dutch surname).
I live in Warmond since I was born (1958). Single.

Why do you consider yourself a Star Trek fan?
I have seen The Original Series when it was broadcasted in The Netherlands. As far as I can remember, I saw episodes on Dutch tv at home and often at my grandparents’ place in Leiden. They had a tobacco shop with a small living room behind it. There I sat or lay on the floor, watching the adventures of Kirk, Spock & Co on a small black & white tv. And although back then, as a young teenager, I didn’t have a clue that Star Trek often was about social issues, even criticism on society in the Sixties, it made an impression that never left me since then. I have watched all the series and films, and still do. And of course – getting older – I understood more and more of what Star Trek is about.

Did your parents also liked Star Trek and perhaps even watched it with you?
No, they were not really interested. The generation gap… In the 1960’s there were tvshows like Batman, Thunderbirds and Star Trek. Kid stuff in their eyes, But they had no problem of me watching it. It was just not their thing. On the other hand my dad was a big James Bond fan. And there are often SF-elements in those movies. I think he saw every movie in the movie theatre since the 1960’s. When I was old enough to see those movies I came along of course. Good memories

Which Star Trek series do you like most and why?
I have no preference for one or the other series. All series have their highlights and less interesting episodes.

What was the last Star Trek related gift you gave someone and why?
No particular gift, but I often use items from my Star Trek (and other SF-) merchandise collection to make a Christmas card in Photoshop, that I send to my relatives and friends each year.

If you could live in the Star Trek universe what would you be/do?
I would like to be a part of an exploring crew, discovering new planets, lifeforms etc. Making first contact if it isn’t ruled out by the Prime Directive.

If you had one wish for mankind, what would that be?
Clichés are unavoidable with a question like that. World peace, cures for deadly diseases, or even better, getting rid of those diseases, tolerance amongst people, an economy not based on the rat race of earning and spending money. It’s too hard to choose one of these as a wish for mankind, I can’t. But many of these ‘clichés’ are reality in the Star Trek universe. Wishful thinking maybe. Will it become reality in our world one day? Some inventions and developments in Star Trek have become reality since the 1960’s, so who knows.

Which of those inventions or developments impressed you the most?
What still impresses me most about Star Trek is that it works two ways: the producers often ask scientists for advice, whether or not a device or technique might exist in the (near) future, and scientists often say that they were inspired by Star Trek to become a scientist or to develop the things seen in Star Trek for use in the real world. Like some astronauts say they were inspired by Star Trek to become astronauts. You never hear that
from other SF-shows or movies.
The most well-known invention that came to reality is, of course, the communicator, first seen in The Original Series. A little handheld box that flipped open and was used for wireless communication. The cell phone, decades later, was the real-world version. But invented in the 1960’s by the Star Trek production team!
I work for a health care organization, so medical developments have my special interest. The hypospray for instance, also used in TOS. Came to reality in the mid 1980’s. Bio-beds and medical tricorders that read several physical data of a patient without stressful physical contact, blood tapping or other invasive examining techniques, are being developed nowadays, if not already in use in some sort of way.