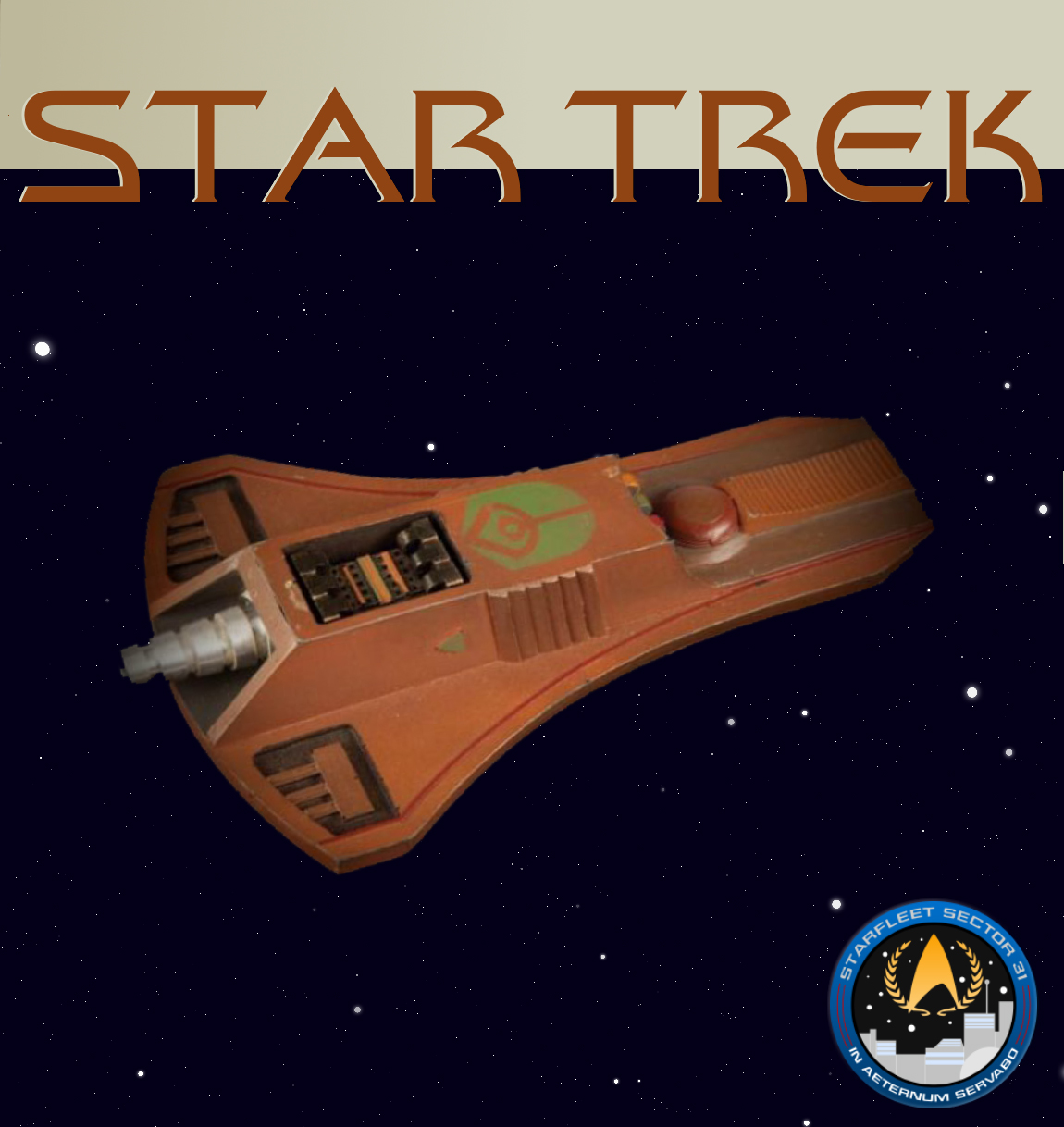 What is it:
This was a type of phaser classified as a plasma weapon. It could fire a plasma beam (one of the four fundamental states of matter).

Usage:
This type of phaser was considered a standard-issue hand weapon used by military personnel in the Ferengi Alliance. It could also be found among merchants.
Due to the small size, it is easy to hide the phaser and smuggle it in somewhere.
This type of phaser can be seen in the TNG and DS9 series.

Former designs:
It was originally designed as a Vulcan weapon, but after some adjustments and a repaint, it was changed to a Ferengi weapon.

Used materials:
The original version was made out of resin and then painted. The nozzle is made out of aluminium. All the buttons are painted.

Availability:
Currently, a few casts from the original mould can be found on the internet. Some propmakers sell a similar model that is 3D-printed.
Prices range from €50 to €250.

You can take a closer look at this particular prop during one of the Sector 31 meetings.