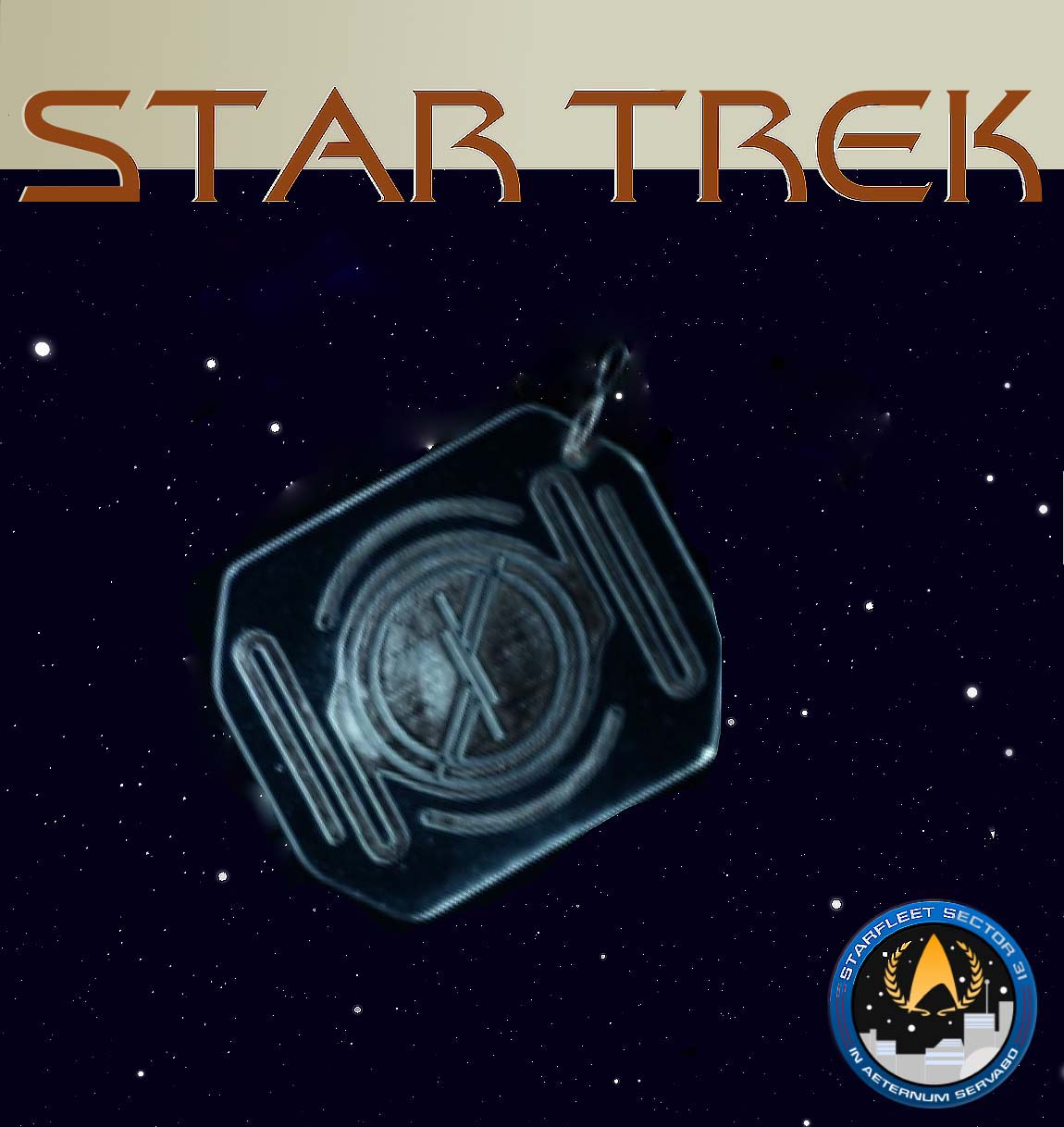 The material of with this token is made, is next impossible to forge or replicate. It bears the Rangers distinctive logo and is used a …. calling card. Whenever you are in need of help, just activate this token and help is on its way. Wich makes them a sort of A- team of the galaxy, so to speak.

In Episode 4 of Star Trek: Picard, “Absolute Candor,” the Fenris Rangers are first mentioned. It is implied that the group safeguards various areas of space, including the one where the planet Vashti is located. Not much else is known about the Fenris Rangers right now, but Fenris is a wolf in Norse mythology, and the Picard show is focusing on the plight of the Romulans, like those on Vashti, after their sun was destroyed in the 2009 Star Trek film. Romulus of course also takes its name from mythology, the Roman tale of Romulus and Remus who were nursed as infants by a wolf. Which makes the name sort of appropriate I guess.

The original prop in the series is made of Plexi-glass. Our prop-builder used a clear resin composite .

Availability:
Since it’s appearance on the screen it has been copied and made by literally everyone. And in in spite of what is mentioned before , it can be replicated very easily (if you want something that is non-transparent). All one needs is a 3D printer and a good render of the logo. Alright, I am oversimplifying things here a bit tho, a true craftsman focuses on the details and it’s transparency. So there is a huge difference is quality. Because of its shape the token is often found on the internet as a fancy keychain or a multicolored pokerchip, and I do believe I saw a drinkcoaster somewhere. You could even have it as a pendant.

Want to see it? Then come to the next Sector 31 meeting.