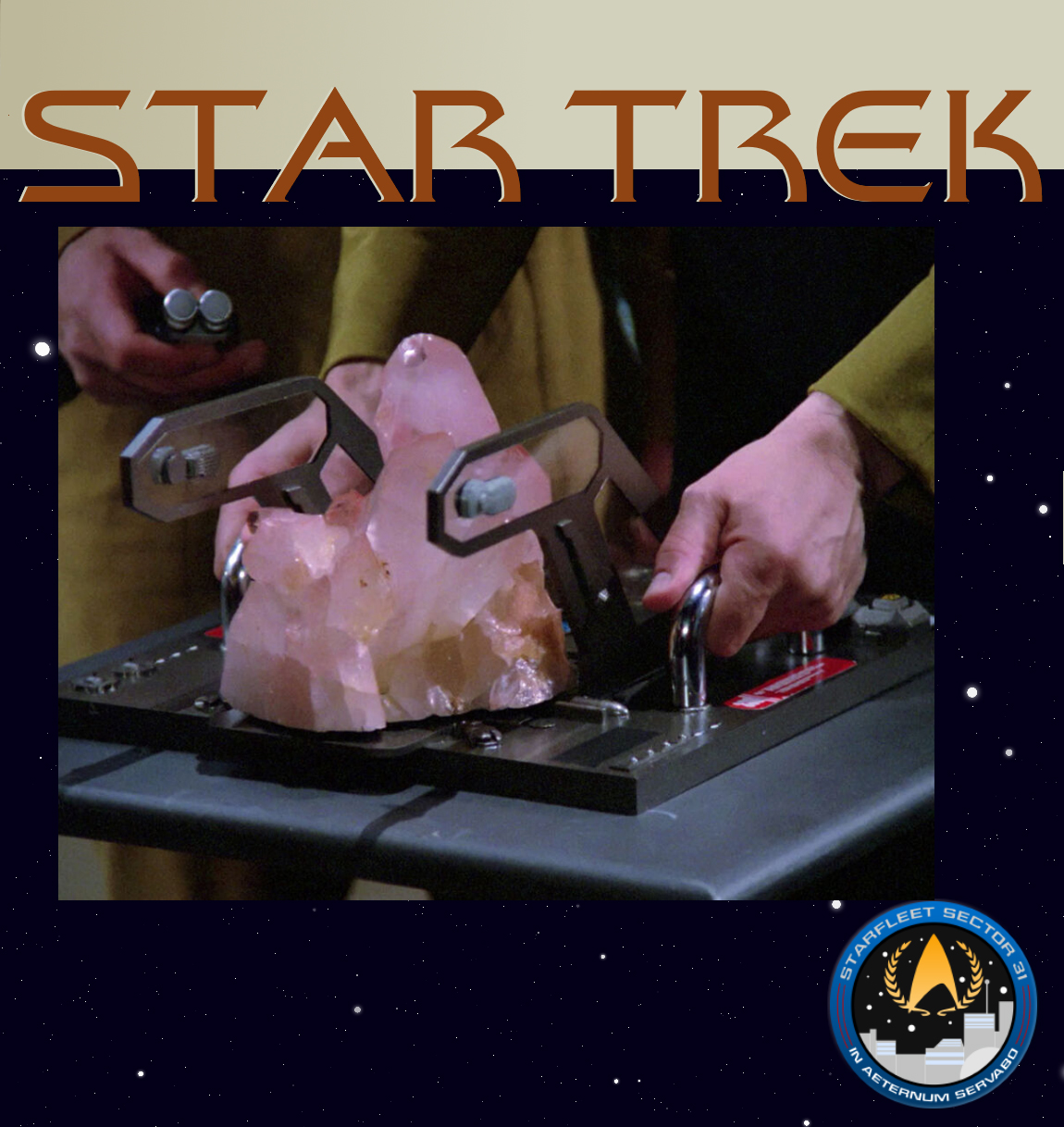 What is it:
Di-lithium is a precious crystal used in tactical warp drives. It is semi-permeable to both deuterium and anti-deuterium, and provides a natural chamber for a controlled matter-antimatter reaction, focusing the energy so it can be harnessed and used for power. Di-lithium is the key to all Star Trek‘s pseudoscience – but what is this rare and precious crystal, and what can it do? The Star Trek franchise has always indulged in pseudoscience in order to explain away its miracles, but Gene Roddenberry swiftly realized there were risks to using known elements as part of this. Early episodes of Star Trek had referred to “lithium” as key to space travel, but Roddenberry realized that anyone could look into the real-world science and recognized that the show didn’t match up to reality at all. As a result, Star Trek made a single subtle change; they substituted “lithium” for “Di-lithium,” an entirely fictional crystalline mineral.

Technobabble:
Streams of matter (deuterium gas) and antimatter (anti-deuterium) directed into crystallized di-lithium are unbalanced: there is usually much more matter in the stream than antimatter. The annihilation reaction heats the excess deuterium gas, which produces plasma for the nacelle(s) and allows faster than light travel. In addition, most starships use this plasma as a power source for the ship’s systems, this was referred to as an electro-plasma system,  which was used in all other series except the original series) to refer to a ship’s or station’s power system.

Di-lithium is found in asteroids and moons, and can be mined by placing Mining Stations on those moons which are found to contain it, or Prospecting Platforms and Freighters in similar asteroid belts. It is extremely valuable, and each crystal must be kept track of. They are usually kept in storage on planets with Shipyards, and take up one full cargo box each (regardless of size) due to protective packaging.

Each prospecting freighter in an asteroid belt will produce Di-lithium crystals each turn, to a maximum of three freighters. It will be stored in the freighter’s hold until retrieved. Each small prospecting platform will add one to the output of one freighter (not cumulative).

The current production values are:

Come to our next Sector 31 meeting, where you can take a closer look at some of these props .