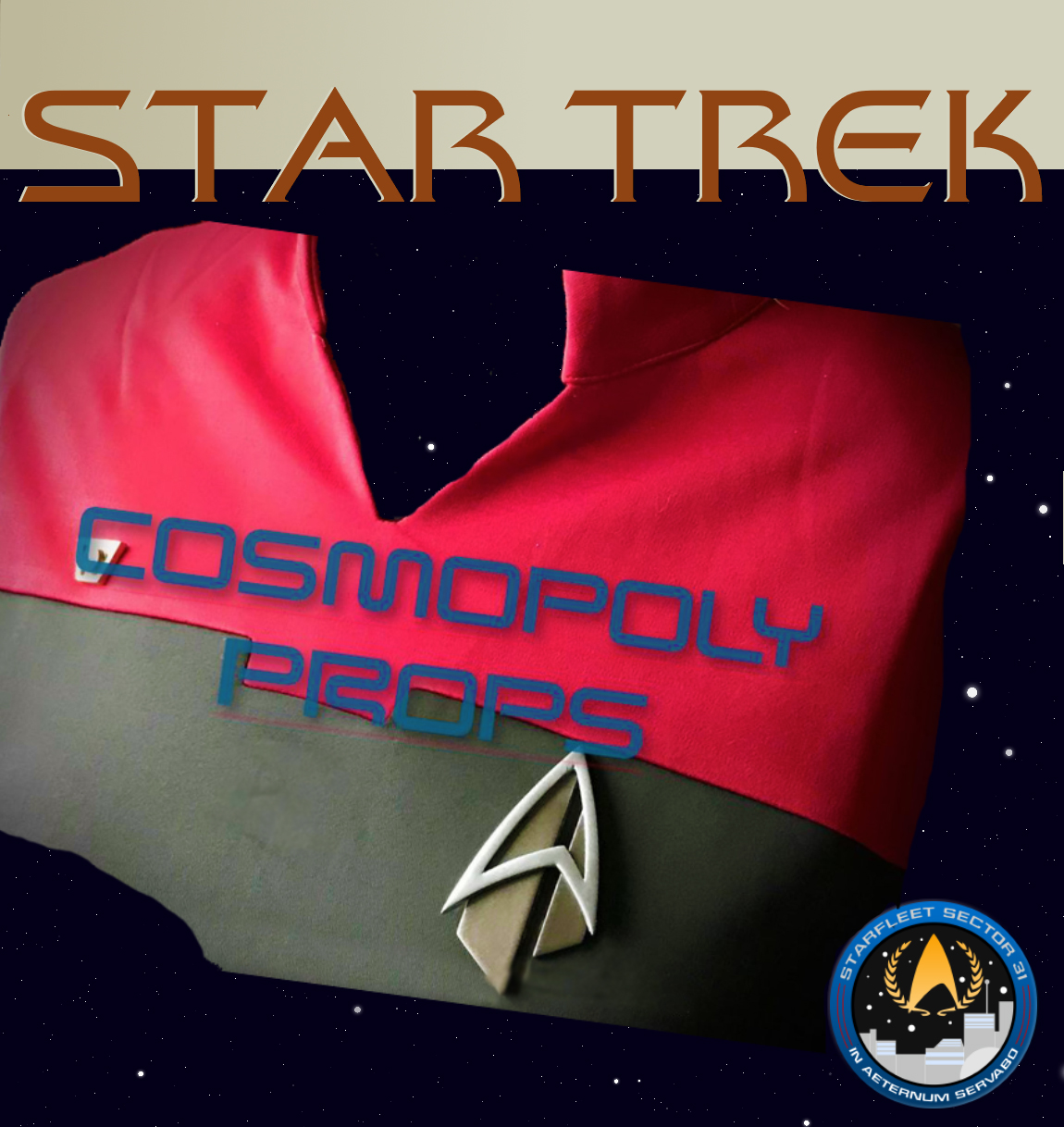 Former designs:
The design of the comm badge is designed for use by Starfleet personnel and evolved out of two things: the insignia on the uniform and a hand held communicator in TOS or  later wrist worn device as seen in The Motion Picture and the wrath of Khan. The first comm badges appeared on TNG, and were used during the first two seasons DS9. The second version in the last five seasons of DS9, throughout  Voyager, and the four TNG films. The latest version can been admired in the star trek spin off: Picard. Other alien species also have similar ones, like Bajoran officers on DS9. An yes, even Klingons were them.

Used materials:
Comm badges are made of a myriad of materials ranging from full metal to the very light resin made versions and even several combinations of the two.

Availability:
Most comm badges are used in cosplay and worn like jewelry. Attached with pins, magnets, or clips, badges are worn on any type of clothing. You can find them on the internet from a massive amount of providers. The cheapest ones are found on sites like Wish and Ali baba, more durable versions on Amazon, E-bay or Etsy. Prices vary from a few euro’s to as far as 100€.  And if you really want to show off  … well there are some that really work,  in combination with your I Phone or android device. If you fancy a real good quality badge you have a choice of several prop builders who take there work seriously like Cosmopoly props who recently made this beautiful version of the Star Trek Picard comm badge.  (As seen in the title image)

Come to our next Sector 31 meeting, where you can take a closer look at some of these props .