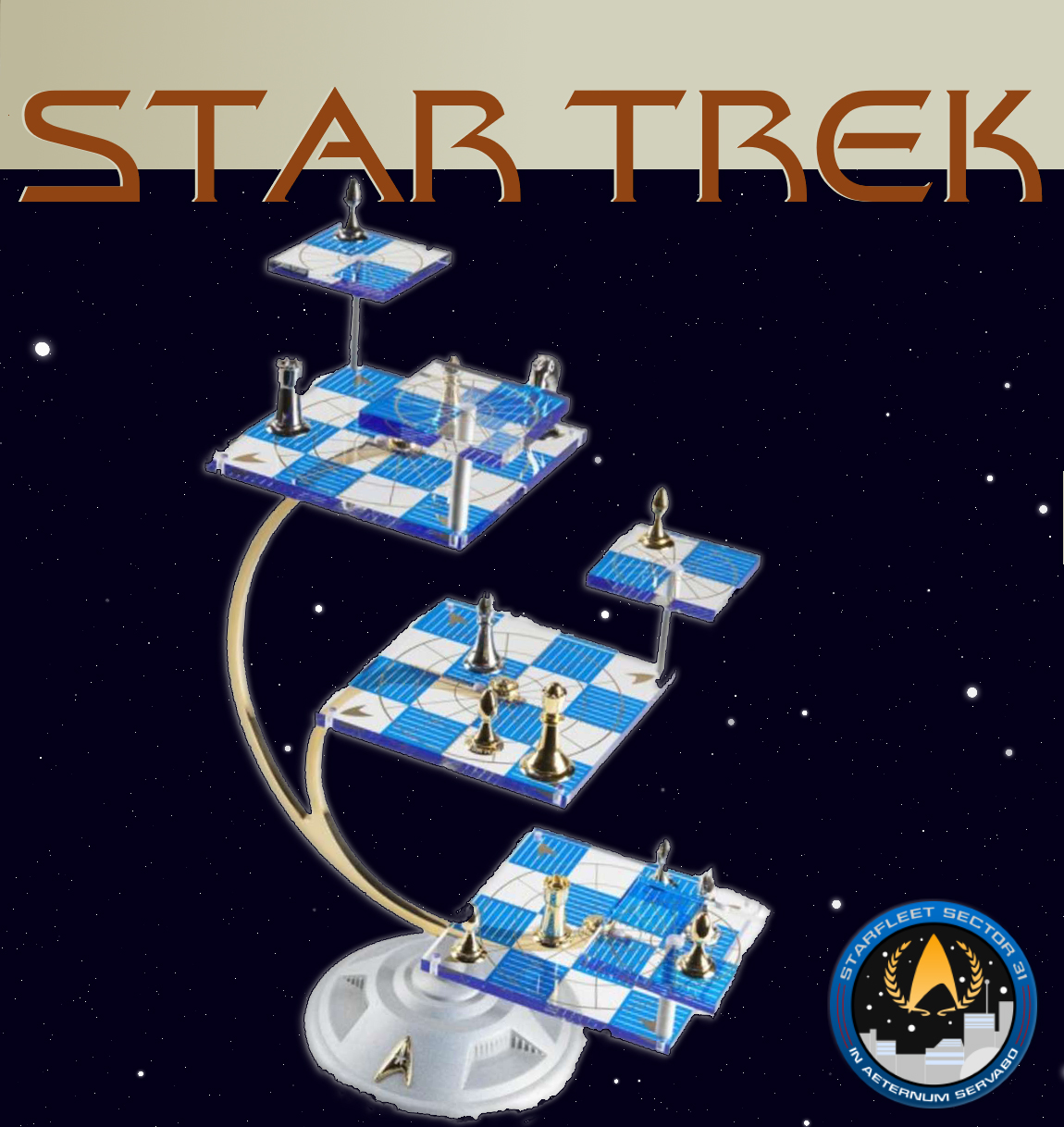 Board games in star trek 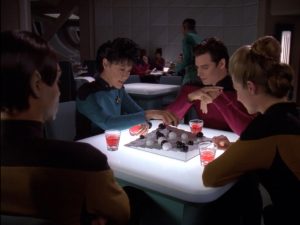 Typically, recreation facilities on Starfleet vessels are equipped with several board games of Terran or alien origin. These games are quite popular among Starfleet crews as an off-duty pastime. There are two-dimensional as well as three-dimensional board games. 2D games are played on a single, flat game board, whereas 3D games usually have several flat game boards on different planes.

In the mess hall of the USS Voyager the most popular game is called Kadis Kot, played with two or more players. It consisted of three sets of 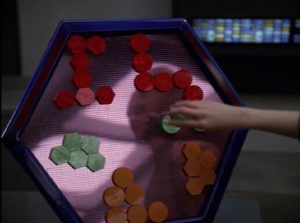 colored pieces, red, green, and orange, which needed to be placed on a hexagonal board. Every set was made up of round and hexagonal pieces of each color, although it is not clear if the differently shaped pieces moved differently during game play. The board itself was divided into grids, and each grid had its own coordinate, such as grid 14-4 or 1-16. Although players chose the color, they wanted to use in game play, it appears that all three colors could be moved by any player during the game.

When a hologram of Reginald Barclay apologized to The Doctor for cancelling their game of golf, saying Seven of Nine was going to teach him kadis-kot, The Doctor was angry, saying he lent him his mobile emitter to conduct business, not play board games. (VOY: “Inside Man”)

In Picard, we see a scene where Romulans on Vashti play a game that involves a board with pieces and pixmit cards. (Triangular cards created by the Romulans.) They depicted elements of Romulan culture such as shaipouin “false door” and Seb-Cheneb “the Destroyer”. Pixmit can be used for games like playing cards or arranged to form patterns. 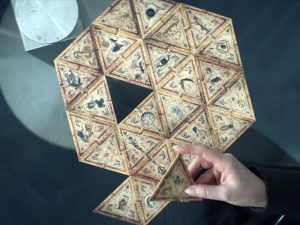 The recreation room on the Constitution-class Enterprise was also equipped with a 3D board game consisting of four vertical acrylic rods in a quadratic arrangement, where each rod supported three 2×2 game boards which closely resembled the moving boards on a 3D chess set, so that there were twelve boards with a total of forty-eight squares (twenty-four white and twenty-four transparent). The game was played with red and black checkers pieces, eight of each color. 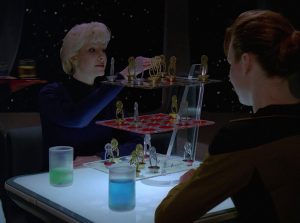 Ten Forward also provided the facilities to play Strategema, a 3D board game which was played with a holographic projection of three game boards instead of a solid game set. 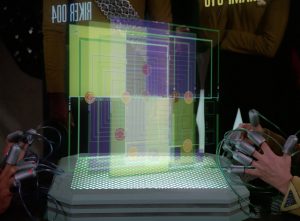 The equipment for the game consisted of a holographic projector that created the image of three panels. Using a set of controls that were placed on each finger, the players attempted to move their game pieces to change the color of the panels to the assigned color of the player while the opponent attempted to do likewise. When one player completely changed the color of the panels to his assigned color, the game was won. Sirna Kolrami was quite skilled at this game, having reached third level grand master, but his arrogance encouraged challenges such as when he was supervising a war game exercise on the USS Enterprise-D. However, Kolrami’s skill was too formidable, and no player except Lieutenant Commander Data presented much of a challenge. 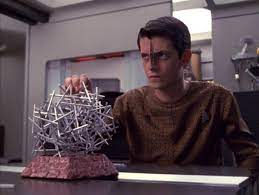 Kal-toh a Vulcan game of intense strategy that could be played solitaire or by multiple individuals.The object of kal-toh, as stated by Tuvok, was “not about striving for balance but about finding the seeds of order even in the midst of profound chaos.” It is not meant to be easy
The aim of kal-toh is to place rods (or edges) called t’an in a unique, ordered way
In the 2-dimensional form of the puzzle here, each t’an runs from one kind of corner (teruk) to the other. T’an join circles to rectangles. You allocate two symbols to each t’an in such a way that each circle and each rectangle is attached to every symbol AND no two t’an carry the same pair of symbols.  When Kim referred to kal-toh as “Vulcan chess”, Tuvok commented that, “Kal-toh is to chess as chess is to tic-tac-toe.” 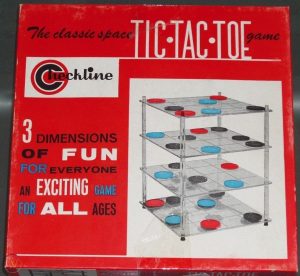 A lot of these games and props can be found on the internet on sites such as E-bay.

Be sure to come to our next Sector31 meeting in September where you can enjoy playing any number of board games, and perhaps discover new ones you have not played before.