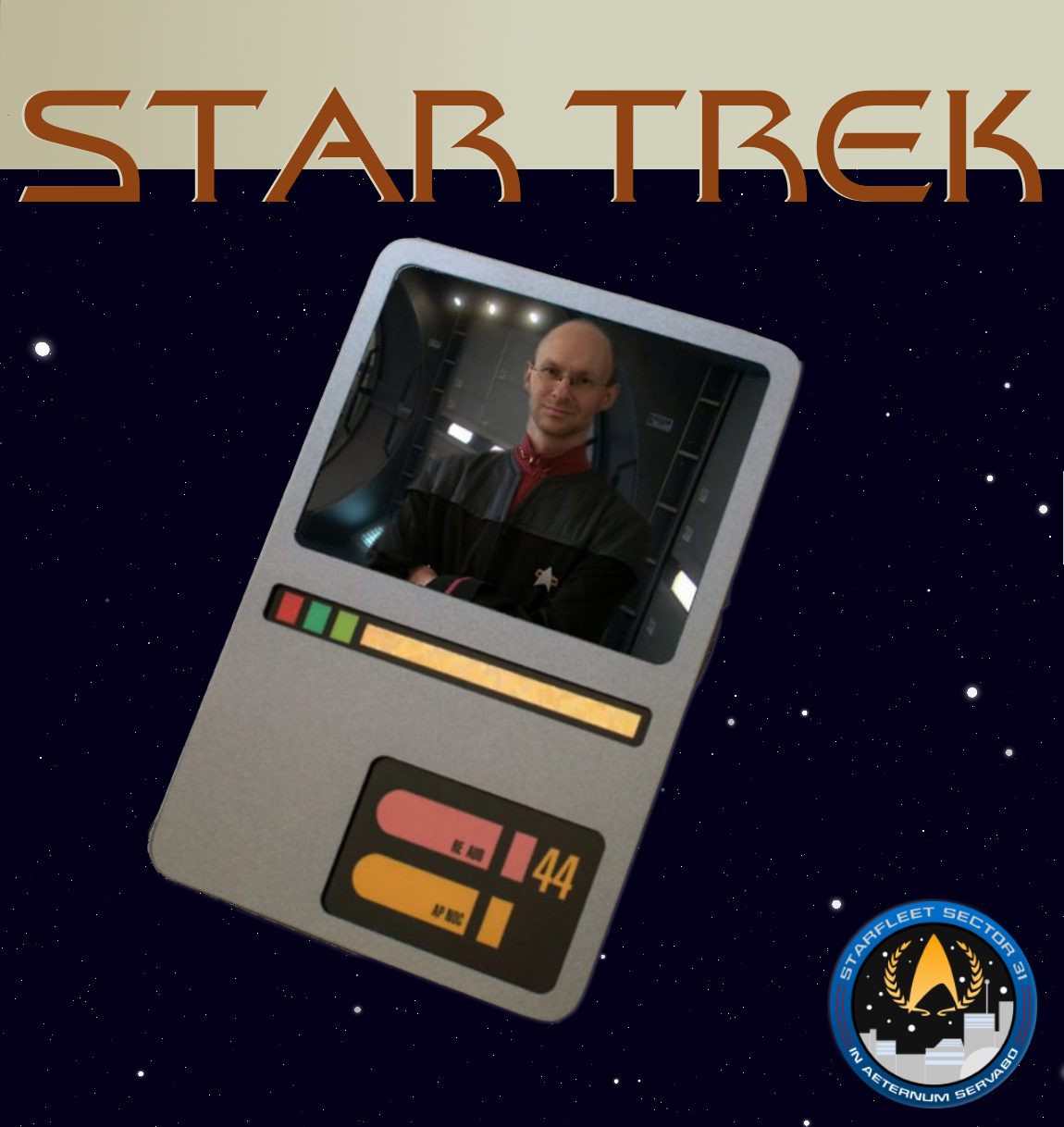 Who are you?
My name is Andreas Neuburg, I am 38 years old, I come from Duisburg in NRW and I am the idea giver and initiator of the Sci-Fi-Fanmeeting Außenposten 47. A Cosplay- and fan group whose activities at public events pursue a charitable background by collecting donations for the cancer aid and combining this with the hobby Sci-Fi.

Why do you consider yourself a Star Trek fan?
First and foremost I see myself not only as a Star Trek fan. I also like the other franchise companies. But I admit I have a penchant for the uniforms from Star Trek, which would also explain why I have a good 14 uniforms from Star Trek. I like the philosophy, the core of this series. Even though we are still far away from thinking and striving.

Currently, I like the uniform from the upcoming Picard series the most.
Then comes Discovery and then Beyond.

Which Star Trek series do you like most and why?
As a Star Trek series I like Star Trek: Enterprise best. That’s because you can feel the beginnings of the spaceship Enterprise there. Many things on the NX class ship at that time were still analogous and the standard procedure like the red alarm was created can still be clearly understood here. This to observe what is natural in the other series is introduced here bit by bit and explained why and why.

What was the last Star Trek related gift you gave someone and why?
The last gift related to Star Trek I can’t remember myself. Since we often visit events with Außenposten 47 and our comrades-in-arms get the chance to let off steam in Star Trek Cosplay, can this be seen as a gift?

Can we perhaps, welcome you this year on the Sector 31 meeting?
Unfortunately, last year it didn’t work out.
For this year a delegation from Außenposten 47 would start a small mission.

If you could live in the Star Trek universe what would you be/do?
The question is easy to answer. I would like to serve Starfleet on a ship to explore space. Space itself has always been an indescribable and mysterious challenge for me.

In which role do you see yourself serve Starfleet?
In the same role as I celebrate it in other genres. In the rank of Commander in the command structure.

If you had one wish for mankind, what would that be?
My wish would be to break through social and societal barriers. There is so much that we humans could create together, if it weren’t for this pressure from outside, that the focus always has to be based on our own egoism. It doesn’t matter whether you are stronger, smarter, richer than your counterpart. In the end, community and cohesion count to achieve goals.